24 January 201924 January 20190 0
by Dariain cakes, Chinese cuisine, Sweetstags: dessert, dolci
Today I present you and explain how to prepare at home the nian gao, or the rice flour cake, typical of the Lunar New Year festivities. “Gao”, which means “cake”, also has the same pronunciation as the word meaning “high”. So eating it and giving it away as a gift is considered a good wish for a “higher” year, therefore better than the previous one. A real must of the period! 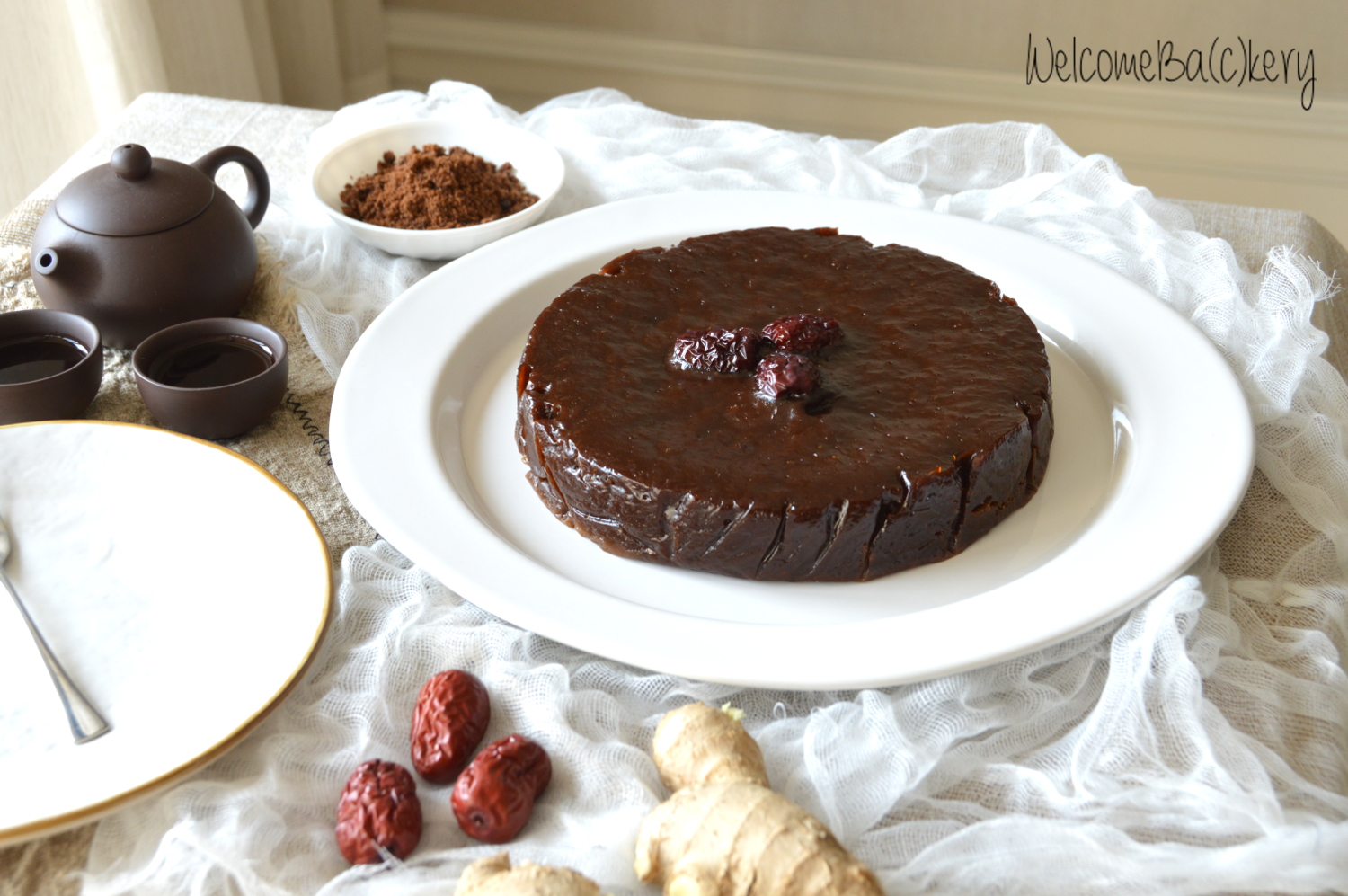 Here in Shanghai, along with lanterns, these typical sweets have appeared in shops and supermarkets in all their variants. In fact, those prepared in the north of the country differ not a little from those of the South, keeping only the main ingredients constant. What I have prepared here at home is a version that is found in the northern regions, sweet, while in the south it even becomes a savory dish to cook with meat and vegetables.

How can I not take such an occasion? Learn a new recipe and together a piece of culture so vast and deep of the country that hosts me and that fascinates me so much … So I found the version of the recipe that inspired me the most and I get to work. Compared to the plain traditional cakes this one has some added aroma: spices, vanilla, ginger and orange zest. If you want you can omit them to get a cake more similar to the original, but I assure you that they are really good! In some regions they also add red beans or bits of dehydrated fruit, so if you want you can improvised as well!

The preparation of nian gao is not difficult and the ingredients are available also in Italy. The only difficulty could be in finding the most suitable steaming tools: I have the bamboo steamer that is perfect, but it will also be fine in steel or a pot with a grill resting on the bottom, on which lay the pan. The important thing is that the water, boiling during cooking, never touch the bottom of the pan with the dough inside. 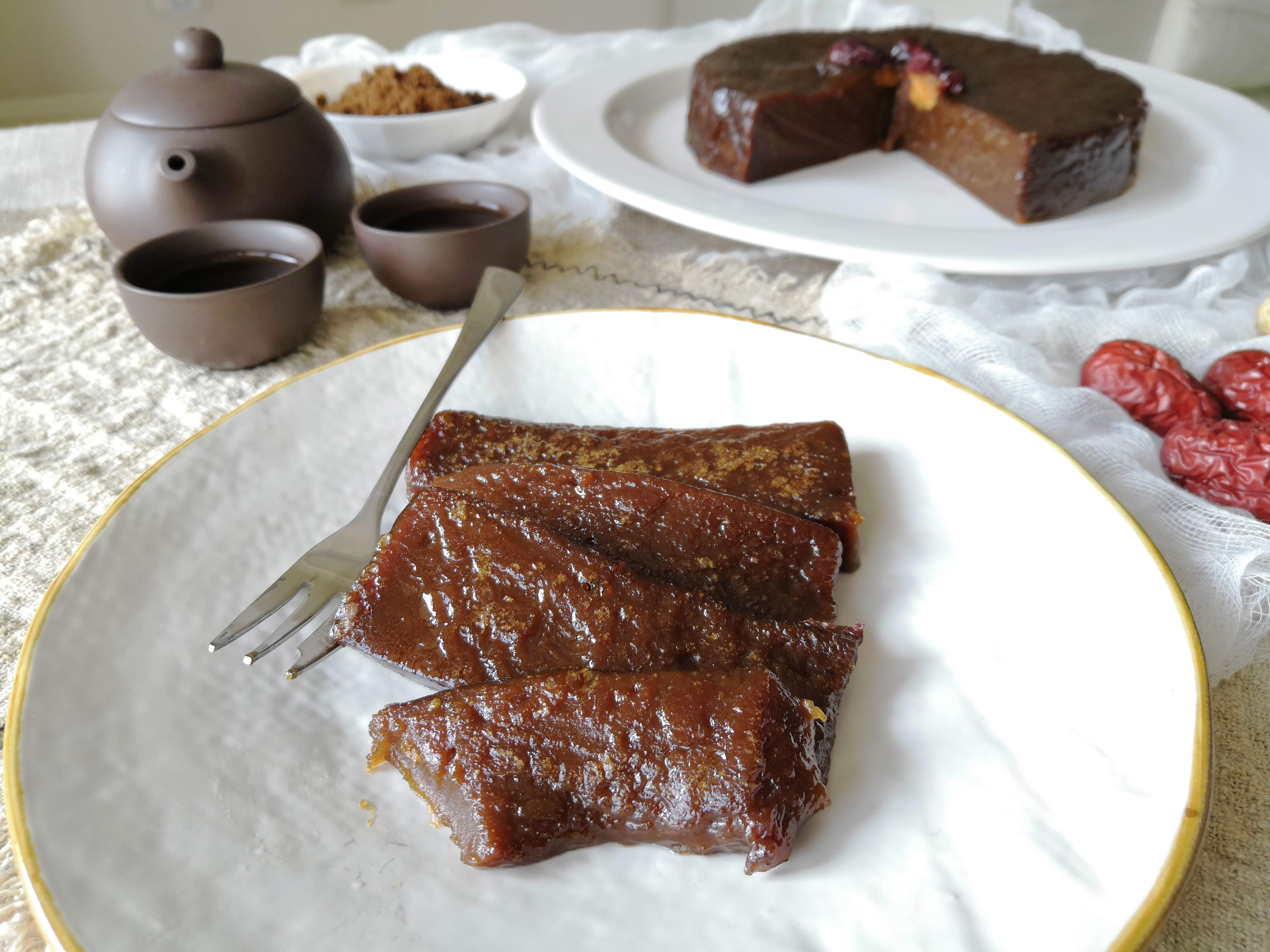 But you’ll want to know how it is nian gao before you start sprawling on trust. In fact it is a bit far from the foods, flavors and textures we are used to. The consistency is compact and chewy, sticky, a bit like a mochi. Which I love in fact. Here at home I’m the only one to like it, however, some people after a bite looked at me badly and gave up his portion (with my ill-fated jubilation). Tastes …

Don’t think you can skip the last phase of the pan-stir-fry: the cake should be served hot and this step softens the slices and enhances the glutinous rice and aromas. The left one can be stored in the fridge for a few days wrapped in film, or even frozen. Better cut it already sliced in the case.

I’ll certainly do it again for the New Year’s Eve on February 4th. And you, what are you doing? Do you allow yourself to be transported to China by a slice of hot cake? Are you going to try it?

From The Woks of Life

Ingredients for a 20-22 cm diameter pan:

Prepare one 20-22 cm round baking pan by brushing the insides with vegetable oil.

Add the half of the water and the ginger to a medium-sized pot, bring it a boil, then let it simmer for 10 minutes over low to medium heat with the lid covered. Turn off the heat, and stir in the brown sugar and allspice until the sugar is dissolved completely. Remove the ginger slices. Now add the remainig of cold water to cool down the mixture so its warm, not hot.

In a large mixing bowl, mix the two kinds of flours together and then slowly add in the sugar water mixture. Stir thoroughly until the batter is smooth (without any lumps). Now stir in the vanilla extract, molasses, orange zest, and 1 teaspoon of vegetable oil until thoroughly combined. The resulting batter should have a consistency similar to condensed milk. If the batter is too thick, add a bit more water a couple tablespoons at a time until the desired consistency is reached.

Pour the batter into the foil pan. Gently tap the pans against your countertop to get rid of air bubbles. Top the pan with three decorative dates in the center, if using. Put the pans in a bamboo steamer and steam for about 1 hour on high heat (the water should be boiling, but should NOT be bubbling high enough to touch the foil pan). You might need to add water into the steamer midway to avoid having the water dry up and burn your bamboo steamers.

After 1 hour, poke a toothpick into the rice cake. It’s done if the toothpick comes out clean–just like a regular cake! Regarding steaming techniques, for this recipe and in general, it doesn’t matter what type of vessel you use. The core goal here is to use steam to cook the food, which means it’s important that the steam doesn’t escape.

When you’re ready to enjoy,  slice the cooled cake into pieces and pan-fry the pieces on all sides in a cast iron pan with a little of seeds oil. 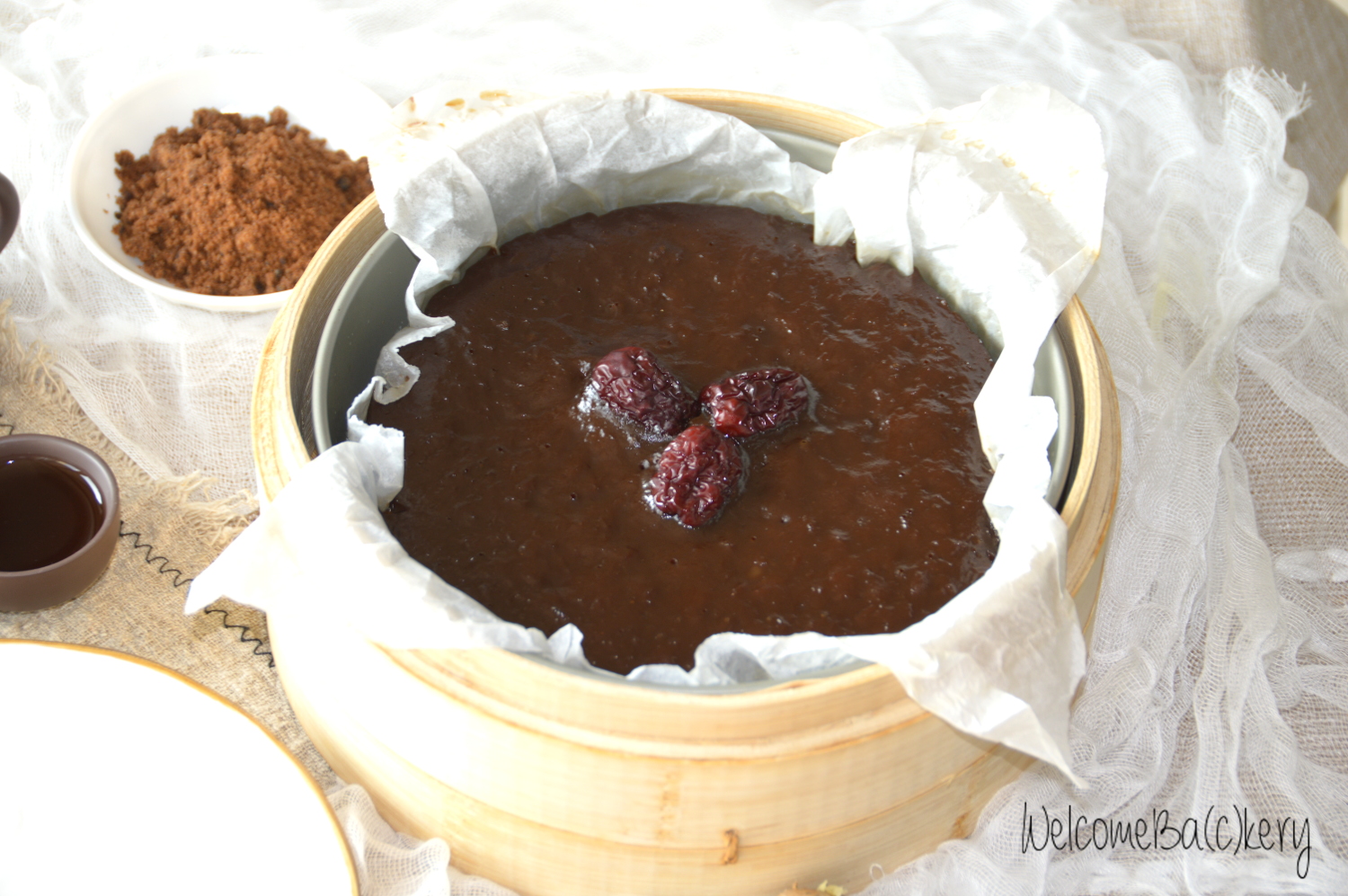